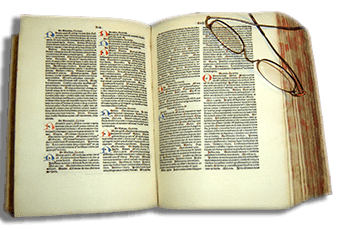 In 1747 James Lind made medical history by systematically testing treatments for scurvy, proving citrus fruits effective. His study was the first in recorded history with the characteristics of clinical trials as we know them today and as such he is often referred to as “The Father of Clinical Trials.” While Lind was the first to conduct such a trial, and deserves enormous credit, the idea for such a trial actually originated over 700 years earlier with the Persian thinker Avicenna.

Born in 980 AD in what is now Iran, Avicenna made contributions in topics ranging from astronomy to psychology to physics, but his most significant contributions were to the field of medicine with his works, The Book of Healing and The Canon of Medicine. His most famous work, The Canon of Medicine, was an encyclopedia covering topics from contagious diseases and quarantine procedures to descriptions of roughly 800 different simple medicines and various compounded medicines as well. The work was also the first to describe diabetes insipidus in detail. Most importantly though the work is the first to establish procedures for the effective testing of new drugs.

William Osler, one of the four founding professors of John Hopkins Hospital described the book as, “The most famous medical textbook ever written” commenting that it remained the preeminent medical reference for a longer time than any other work.

In his work Avicenna describes seven rules for experimenting with new drugs.

With these rules Avicenna described for the first time the basic tenets of the clinical trials process still used today. His compendium would subsequently be translated to Latin and become a standard in European universities, with use continuing into the 18th century.

So let’s give credit to this seemingly forgotten giant of medicine and remember him as we remember Lind, as one of the foundational figures in medical history and in the development of the clinical trial.